dea Lesson No.1: HIGHWAY TO HELLA 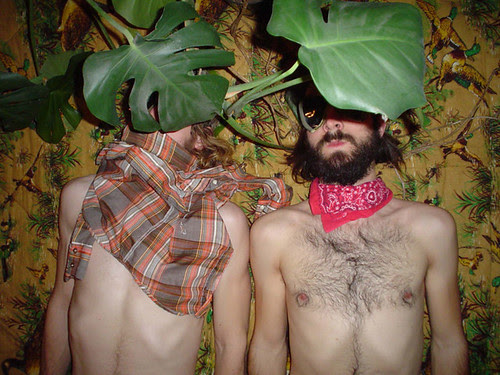 Well ooh, look at us: we just went and booked one of the most exciting rock bands in the United States of America, and this time, they're not even playing Bristol first. Aquaint yourself, if you will, with Sacramento's Hella - the calculus-clever prog-math tag-team act of guitarist Spencer Seim and drummer Zach Hill. Coming to British shores at the behest of The Mars Volta, who've booked them to play the December All Tomorrow's Parties, we'll have them fresh from the blasted shoreline of Camber Sands and ready to beat out the kaleidoscopic party jams.

Oft mentioned in the shame breath as Orthrelm, Lightning Bolt, and the Mahavishnu Orchestra, Hella's recent double album 'Church Gone Wild/Chirpin' Hard' is the sumptuous Turkish delight to LB's rock-hard 'Hypermagic Mountain' jaw-breaker. We're not talking some nerdilicious underground sensation, though: 2005 has seen these boys playing arenas with System Of A Down and Mars Volta, and Hill has even played sticksman-for-hire by acting as cog in Deftones man Chino Morena's Team Sleep project. This means we might even have some kids with Limp Bizkit hoodies and goatees in. Lord, just imagine! And while you're imagining, check out this video of 'Biblical Violence', or if you'd rather, this MP3 of 'The Mother Could Be You'. Spazzy, hmm? It's all going down in Dempseys on December 5th, anyway. More to follow. 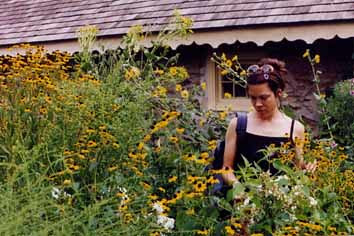 Also, right, we're going to be holding hands with our friends in Forecast for a show forthcoming at the Buffalo. Fursaxa is Philidelphia's Tara Burke, a solo musician dubbed "the psychedelic Nico" for her minimal, unfolding experiments in droney acid-folk. Her album 'Lepidoptera', out now on ATP Recordings, is one of the year's best, and with support coming from fellow labelmates Alexander Tucker and Sharon Krauss, you're guaranteed a night of soporiphic, pagan mediations and meditations that awakens primal feelings deep in your psyche... for all the family! That's coming November 21st, with tickets in the region of £6. Should be sweet.

Also, for no real reason other than that we might have them back in February, check out this Grabba Grabba Tape video. Love those guys!

Wowowow - great news all round. I supported Hella a couple of years ago, and they were just jaw dropping. They're both such incredible musicians. And from what I've heard of their records so far, they're far better live than they are when they start messing around with keyboards and stuff in the studio - their live split album with Dilute is my favourite thing they've done. Really friendly guys, too. And the prospect of seeing Fursaxa and Alexander Tucker at the Buffalo is a thrilling one. Yahoo! Good times.

I heard that Hella also are The Advantage..... is that true?

feel the power - new hella stuff on the awsoem drone blog everything is fire - http://www.everythingisfire.com/index.php?itemid=117

Spencer Seim guitarist in Hella is also the drummer in The Advantage, and what fun he must have!