dea Lesson No.1: HEAVY AND AWKWARD 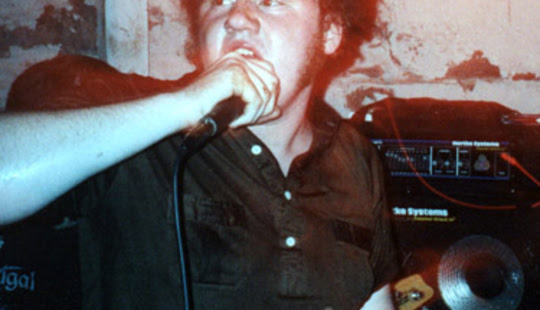 There are only two balls-in-the-oven hot Lesson No.1 gigs coming up before we take an ill-earned break until late September-ish, but they might be two of the most awesome shows we've ever put on, for totally contrasting reasons.

First, a week on Tuesday (June 20), comes a supremely noisy bill that might just change your life.

Racebannon are an incredible, powerful and darkly funny band from Bloomington, Indiana, whose late-90s beginnings in the area of shouty hardcore mutated, in time, into something weirder and noisier perhaps comparable to The Jesus Lizard, Scratch Acid, Butthole Surfers, with howled vocals and a more intense tempo. Or if you want it simple like a special school kid, screamo with early Sonic Youth on guitars. They've released on Level Plane, Secretly Canadian, Alone, Witching Hour and many more, with their new EP, produced by Kurt Ballou (Converge), coming soon as well. Listen to a brand new song on www.myspace.com/racebannonrocks.

Touring support Battleship deal in arty hardcore shenanigans and have been making a racket from their Oakland, CA base for a few years. Their 2004 vinyl-only release ‘Presents Princess’ has just been released on CD. Black Flag and The Birthday Party are invoked by many. http://www.myspace.com/battleship gives YOU the chance to have an opinion.

South Wales's very own artcore masters Night And The City Of Broken Promises complete the madness - those not in the know can catch an earful of 'Accumulation of Correspondence'.

Which leaves us only to mention the particulars: it's all happening upstairs at Buffalo, Windsor Place, Cardiff. It's a measly £4. And though we'll be open from 8pm, this is a late show to avoid clashing with England v Sweden in the World Cup. Which means fans/haters of the beautiful game/dumbest sport on Earth can respectively catch the football, perhaps even on Buffalo's big screen downstairs, or avoid all the soccer morons in town and hide in a bush or something when the match is on. We're thoughtful like that.

And last, but resolutely not least, before that aforementioned summer break is the Silver Jews at The Point in Cardiff Bay, on Friday July 14. Full rundown coming real soon, but until then check the rather great poster here.