No Lesson shows for a little while, but let's use this time to draw your attention to a couple of neat things. 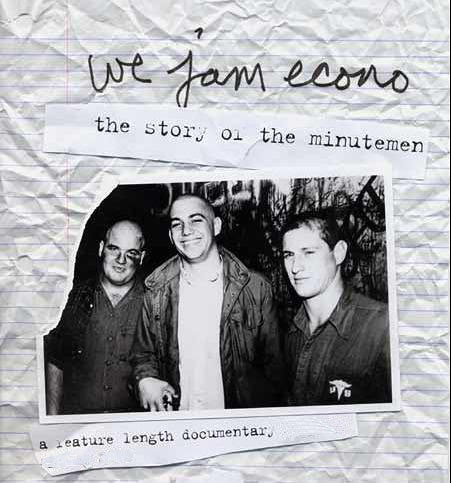 The fucking Minutemen! Rocket Fuel Films have just completed a documentary on San Pedro's pre-post punk propagandists. You can see a trailer over here. New Plan B in shops now, containing stuff on Lightning Bolt, Deerhoof, and Lydia Lunch. Cover stars, Smoosh, perhaps not those for the Jandek fans amongst you.

Also, a further exciting development. Loads of the stuff we're putting on is obviously reasonably obscure, so we'd like to do what we can to prime clue you up for future shows. To these ends, we're going to start hosting downloadable MP3s so you can get an idea of what you'll hear if you turn up. Coming soon, then, we'll have tracks and biographical info from Shooting At Unarmed Men, Grabba Grabba Tape, That Fucking Tank, and Vialka. And then, if you subsequently turn out, you've got to be generous at the merch table. Deal?