dea Lesson No.1: HOLIDAY IN MALARIA! 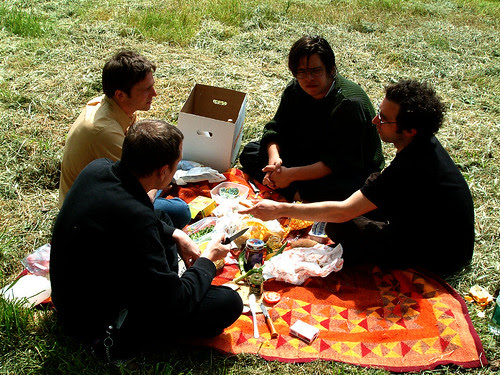 This is what it’s all about. Wandering through acres of incomprehensible or plain boring posts on obscure music forums, seeing one asking for tour dates for two bands you’ve never heard of, firing a few tracks into your ears, getting your musical horn on, booking a date. The process sounds dull, and I suppose it is, but it feels kind of lovely.

Let’s tell you a bit about the two touring bands, Eniac and Amtrak. Eniac are from Hamburg; who knows, when Hank from Turbonegro told our friend JWR it was his favourite German city, maybe he was thinking of this band. They certainly rock sufficiently, for anyone who likes the serrated and sweaty thug fug of Les Savy Fav, The Jesus Lizard, Drive Like Jehu or Milemarker. The substance precluses the style. Their most recent album ‘Oh?’ is out on X-Mist Records (Wrangler Brutes, The Seconds, Men‘s Recovery Project etc).

Amtrak are also from Hamburg. They sound like a class act, what with them deadpan German vox and ‘lectro-retro production values and the like. You might be reminded of early 80s Teutonic ladies Malaria!, if you are us (Amtrak mentioned them before we did, along with a load of other bands we‘ve frankly never heard of). If Brainiac, Electrelane and Glass Candy go here those names might pique a bit of interest on their own right? Amtrak rock, for real, and they embody the DIY spirit as much as anyone else you care to mention. Go on.

In support tonight we have our pals Panel, for the first time in almost a year - since when a great mini-ish album ‘Command Box Street Scenario’ has been released on Cascade Records. They have also got better and better as a live band. Helmet’s crispy crunch, Quicksand’s bloodied emotion, and more - make sure you see them. Finally we have the mysterious-to-most Lt Meat, a Newport resident called Dave who was in Four Letter Word among other bands. Striking out on his own with a laptop and a surf guitar, Lt Meat will be retro yet electro, digital yet tubular. And gnarly. If that still means good, I forget. Man… Or Astroman? and Messer Chups are just two comparisons offered, anyway. And this is a Le Pub Saturday night so it’s all FREE! Cracker.