dea Lesson No.1: CAUGHT BETWEEN WORLDS 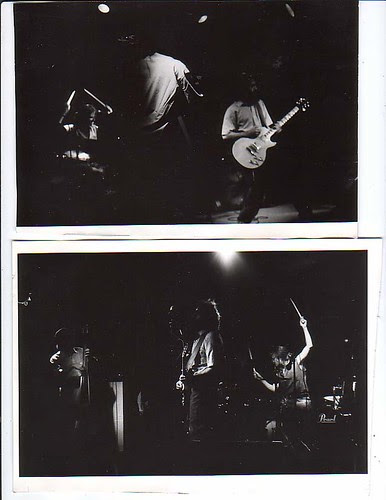 When Lesson No.1 went to All Tomorrow's Parties last April, some of us were lucky to see a fairly obscure trio from Philadelphia called Stinking Lizaveta. "Lucky" in the sense that, in among post-rock superstars (yes, I just typed that) like Tortoise and Mogwai going blandly through the motions, here was a band that strolled on in mid-afternoon and played their breathtaking zigzaggy instrumental stoner rock/jazz/mathskronk mindmash. The guitarist, Yanni Papadopoulos, leaped about the stage like some crazy preacher with no idea of his advancing age. Then he climed onto a speaker and played a guitar solo. What a fucking legend!

That was their first European performance ever, and just under a year later they're doing a UK tour. If their new album 'Caught Between Worlds is anything to go by, it will rock with a mighty but untraceable doom groove. I wouldn't recommend banging yer head to this unless you have a rubber neck. Supporting them will be The Death Of Her Money, a kickass band from Swansea and Newport who give the contemplative metal of Isis and Pelican an extra spatial dimension, and one more band who we will tell you about in due course.